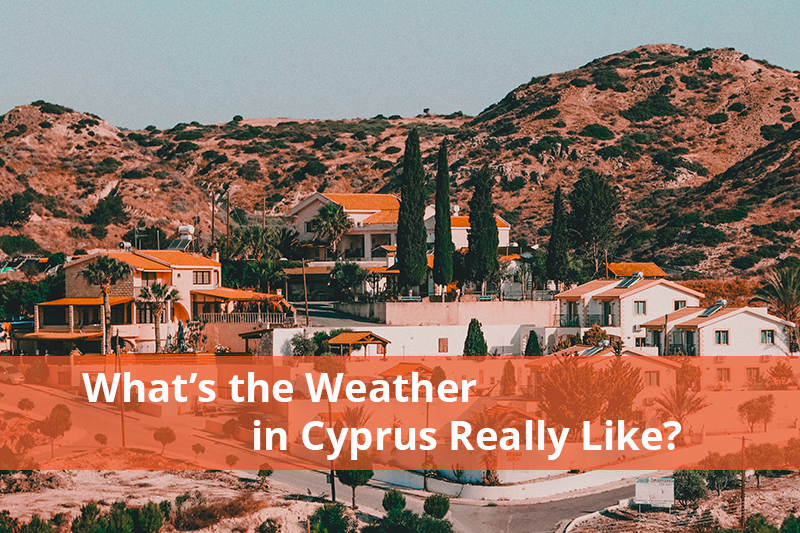 Cyprus draws many expats and digital nomads to the island for its beautiful sunny Mediterranean climate and ideal residency policies, but what’s the weather in Cyprus like year-long?

While Cyprus is one of the sunniest and warmest European countries, it also offers plenty of variation throughout the year to make the island enjoyable for a variety of recreational activities and lifestyles.

Property Experts Cyprus gives you everything you need to know about the climate and weather of Cyprus to best prepare you for relocation to this island paradise.

Warm summers and mild winters make for comfortable conditions for living in Cyprus any time of the year for foreign residents, families, or retirees. From mid-May through mid-October, residents can expect dry summers with little rain for nearly 8 months annually.

Bright fair weather lasts through the fall months of October and November. Winters see more precipitation and cooler temperatures in December to March, before returning to hours of sunshine and mild spring weather in April and May.

On average, foreign residents can expect the weather in Cyprus to be around 24°C in the daytime and 14°C at nighttime. During the peak summer days, the hottest months are found in July and August where temperatures centrally may reach 40°C.

However, the average temperatures have been increasing around the globe and in 2020, Nicosia reached a heat record of 46°C. For foreign residents looking to purchase property in cooler weather conditions, the coastal cities tend to be less hot than Nicosia due to the sea winds throughout the year.

On the other hand, January is normally the coldest month on the island where temperatures can get down to 5°C at night centrally. Mountainous regions of Cyprus have cooler all-around temperatures throughout the calendar year and offer residents the opportunity to partake in winter recreational hobbies such as snowboarding and skiing.

With a steady comfortable climate but large enough regional variations, Cyprus residents can experience both the sunny Blue Flag beaches on the coast as well as the unique landscape and outdoor sports of the Troodos Mountains any month of the year.

How to Cope with the Hot Weather?

The weather in Cyprus sees sunshine almost every day of the year with only a handful of cloudy days even during winter. During the summer season, daylight lasts 10 to 14 hours a day while December and January see a minimum of 9 hours of light.

Most residents who live in coastal areas or the capital city of Nicosia prefer to stay hydrated and cool by escaping to the seaside. For residents who find the direct sunshine too much, the interior of the island, marked by the higher altitude of the Troodos Mountains provides more pleasant weather in Cyprus and an opportunity to enjoy the sunlight at a much fairer temperature.

In fact, sunlight is such a key component of the weather in Cyprus that the government has begun work to install solar panels at 450 state schools across the island.

For property owners, it is important to ensure that your home has the best air conditioning units possible and keep these regularly serviced to have relief from hot weather. In addition, investing in proper insulation for your property can help reduce the burden of high electricity costs and make your house more comfortable year-round.

What is the Coldest Month in Cyprus Winter?

The coldest months for weather in Cyprus are December and January when average temperatures start at a minimum of 5°C and go up to a maximum of 16°C. December is also the month that receives the most rainfall, averaging 93mm of precipitation. However, the cold, wetter weather only lasts for a brief time before returning to normal spring and summer temperatures.

Winter in Cyprus means the chance to go up the Troodos Mountains on ski lifts to enjoy winter sports. The average temperature in the mountain interior is around 23°C but can drop down to 3°C during the winter. The forests provide ample shade during the warm weather and scenic snowy slopes during colder months.

As with property advice for homeowners in Cyprus for summer months, thermal insulation can also be useful for colder winters months. Most homes are not equipped with insulation beforehand, but this type of property investment is beneficial for both the cold and hot seasons of the year. Central heating should also be installed to maintain an indoor living environment that is pleasant with insulation to keep bills at a minimum.

Rainy season happens in winter and this brief period of higher rainfall pushes the humidity levels into the range of 65-95% during both the days and the nights. However, the summer sun ensures that humidity in the central regions remains 15-30%.

The weather forecast of Cyprus and in the waters around the island remains relatively stable with average sea temperatures between 22°C and 28°C. This means that the weather in Cyprus allows for the swimming season on the island to be extended through most of the year.

With the favorable sea temperature and abundance of Mediterranean waters surrounding the island, Cyprus generates a third of its electricity from renewable energy sources. Wind power contributes 36% of this and hydropower 33%. However, the summer winds come from North Africa and the Middle East bringing sandy dust storms to the island. Yet, these are short-lived and clear up by evening.

What is the Weather in Nicosia and Other Areas?

The island of Cyprus is fairly small and the majority of big cities are along the coast. As such, most of the population will experience living in the coastal weather in Cyprus.

Yet, many residents travel around the island throughout the year to take advantage of the diversity in scenery and weather variations. Continue learning about the specific variations in weather forecasts that occur throughout the island. So, what’s the weather like in Cyprus in Nicosia and other areas?

Nicosia and the Interior

The temperatures stay warm in summer and become chilly in the winter. The interior weather in Cyprus makes it a suitable environment for exploring vineyards and hiking trails fall through spring seasons.

Also in the interior are the Troodos Mountains, with a higher elevation than the plains of Cyprus. Villages at the foot of these mountains have much cooler weather in Cyprus than other parts of the island. The average temperatures range from 3°C-23°C.

Mount Olympus is the highest peak in this mountain range with an elevation of 1,952 meters. Residents take to the mountains in winter to partake in skiing and snowboarding and in summer a chance to explore the many lush forests.

Mediterranean weather in Cyprus lives up to its scenic beach days reputation that many residents and visitors are excited to experience. During summer, the average daily temperature is around 26°C with a few scattered days of rainfall.

Yearly, Cyprus receives 350-400mm of precipitation. Even during winter, the coast remains warm with the average temperature at 12°C. Paphos, Limassol, and Larnaca have warm coastal weather on the island.

The Takeaway – What’s the Weather in Cyprus

For a more detailed look at what’s the weather in Cyprus like in the areas you are interested in relocating to, the professionals at Property Expert Cyprus can assist you.

Contact us for a closer look at the different regions on the island and ensure you prepare the right attire and equipment to enjoy the move the most. 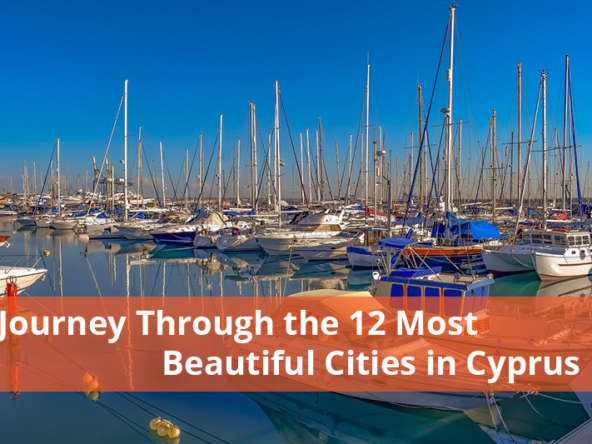 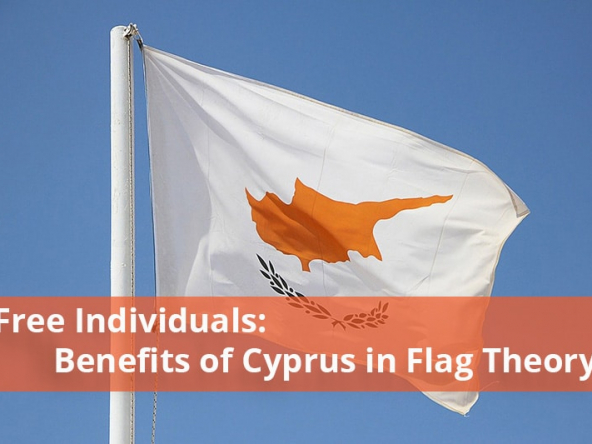 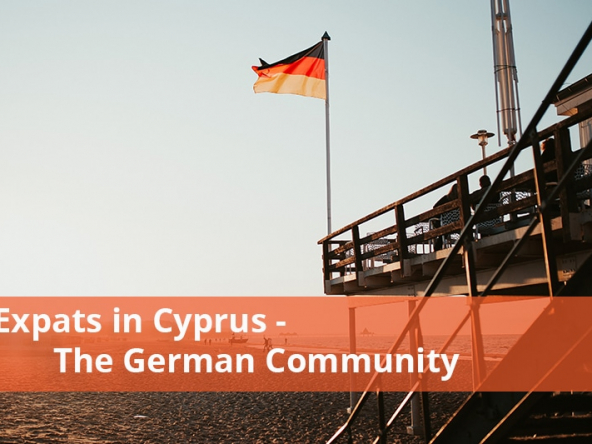 Are you curious to find out what the many German expats in Cyprus love about their Mediterranean lifestyle? Property Experts Cyprus reveals the highlights!
Continue reading